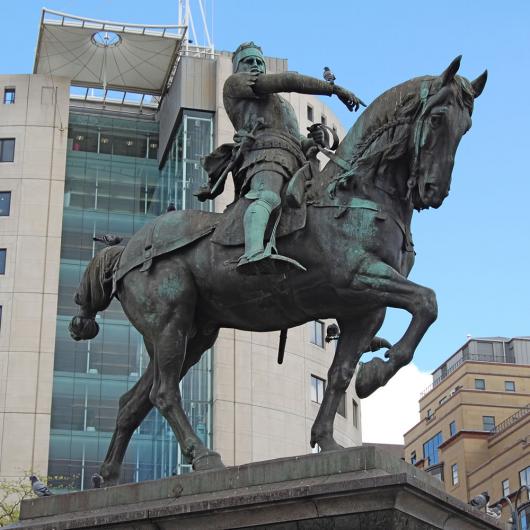 "I’ve always been intrigued by the story of the Black Prince and wondered what he was actually doing in Leeds! ”

The statue of the Black Prince was commissioned by Thomas Harding, the Mayor of Leeds, to celebrate Leeds' new status as a city. A local champion, such as crusader Henry de Lacy, was rejected in favour of a nationally prominent figure: Edward the Black Prince, eldest son of Edward III.

The Black Prince was created by leading sculptor Sir Thomas Brock (1847-1922). The bronze sculpture was so huge that it had to be cast in Belgium, as there was no foundry in Britain large enough - and be towed into Leeds by canal boat!