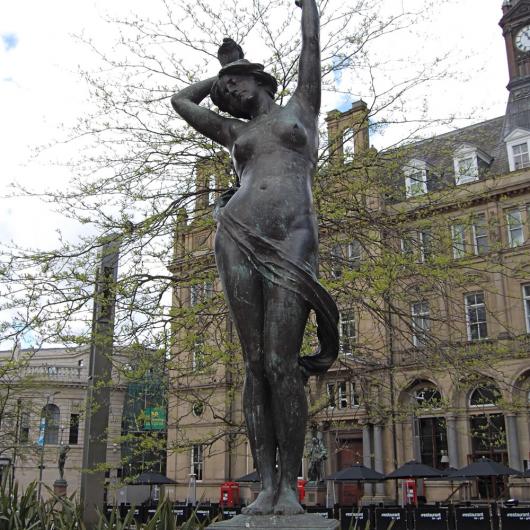 "I’m from Leeds and I know City Square very well. To be given the opportunity to voice one of the Dames was a dream project. I have a bit of the inner dame myself!”

In 1897, the Mayor of Leeds commissioned Sir Alfred Drury to create a sculpture for City Square to mark Leeds' new official status as a city. The eight Drury Dames were designed to represent different times of day, from Morn to Eve, and are one of the first things visitors see when emerging from the train station. However, when the sculptures were first unveiled in 1899, there was public outcry in the Yorkshire Post. Citizens were concerned about the frank nudity of the statues!

You can see Drury's sculpture Circe at Leeds Art Gallery