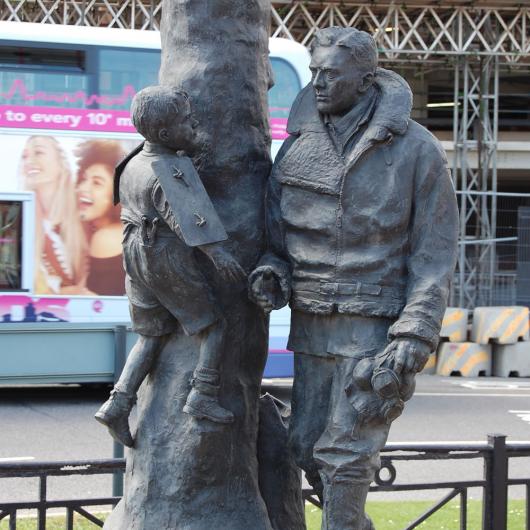 Born in Leeds and educated at Roundhay School, World War II pilot Arthur Aaron was awarded the Victoria Cross, the highest award for gallantry, after dying in combat at the age of 21. To mark the Millennium, Leeds Civic Trust organised a public vote to choose a new statue to celebrate heroes and heroines of the city, which was won by Aaron.

The statue was created by Yorkshire sculptor Graham Ibbeson, and depicts Aaron standing by a tree. Three children climb the tree behind him, with the topmost girl releasing a dove of peace.

Find out more about the Leeds Civic Trust here